Posted by Ken LeBrun at 8:30 AM No comments: 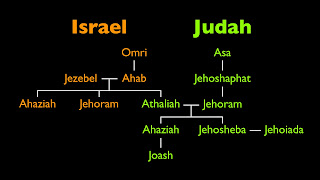 Posted by Ken LeBrun at 2:02 PM No comments: 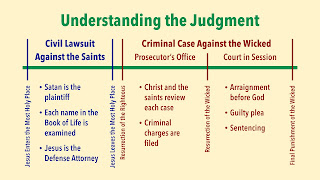 Email ThisBlogThis!Share to TwitterShare to FacebookShare to Pinterest
Labels: Resurrection, The Closing Work, The great controversy issue, The Judgment

Ark of the Covenant

Statements by Ellen White on where the Ark of the Covenant is now and its eventual discovery:

“Before the temple was destroyed, God made known to a few of His faithful servants the fate of the temple…. These righteous men, just before the destruction of the temple, removed the sacred ark containing the tables of stone, and with mourning and sadness secreted it in a cave where it was to be hidden from the people of Israel because of their sins, and was to be no more restored to them. That sacred ark is yet hidden. It has never been disturbed since it was secreted.” The Story of Redemption, p. 195

“Among the righteous still in Jerusalem, to whom had been made plain the divine purpose, were some who determined to place beyond the reach of ruthless hands the sacred ark containing the tables of stone on which had been traced the precepts of the Decalogue. This they did. With mourning and sadness they secreted the ark in a cave, where it was to be hidden from the people of Israel and Judah because of their sins, and was to be no more restored to them. That sacred ark is yet hidden. It has never been disturbed since it was secreted.” Prophets and Kings, p. 453

“ ‘And He gave unto Moses, when He had made an end of communicating with him upon Mount Sinai, two tables of testimony, tables of stone, written by the finger of God.’ Nothing written on those tables could be blotted out. The precious record of the law was placed in the ark of the testament and is still there, safely hidden from the human family. But in God’s appointed time He will bring forth these tables of stone to be a testimony to all the world against the disregard of His commandments and against the idolatrous worship of a counterfeit Sabbath.” MS 122, 1901; SDA Bible Commentary, Vol. 1, p. 1109

“There are abundant evidences of the immutability of God’s law. It was written with the finger of God, never to be obliterated, never to be destroyed. The tables of stone are hidden by God, to be produced in the great judgment-day, just as He wrote them.” Review and Herald, March 26, 1908; SDA Bible Commentary, Vol. 1, p. 1109

“When the judgment shall sit, and the books shall be opened, and every man shall be judged according to the things written in the books, then the tables of stone, hidden by God until that day, will be presented before the world as the standard of righteousness. Then men and women will see that the prerequisite of their salvation is obedience to the perfect law of God. None will find excuse for sin. By the righteous principles of that law, men will receive their sentence of life or of death.” Review and Herald, Jan. 28, 1909; SDA Bible Commentary, Vol. 1, p. 1109

“These tables of stone will be brought forth from their hiding place, and on them will be seen the Ten Commandments engraved by the finger of God. These tables of stone now lying in the Ark of the testimony will be a convincing testimony to the truth and binding claims of God’s law.” Letter 47, 1902.
Posted by Ken LeBrun at 5:25 PM No comments: